To support geothermal development in Indonesia, since 1997 Geothermal Laboratory of ITB has developed a number of software for geothermal application. The software may be used for supporting academic and research activities are

Apart from developing software and conducting research, ITB has been active in providing educational materials, developing short courses and responding to inquiries from the industries and government. An Interactive_CD has been developed for distance learning. 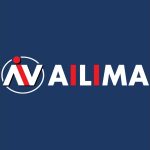